SPORTS: FC Barcelona‘s chances of winning this season’s Champions League all but evaporated on Tuesday night after they suffered a 4-1 home defeat to Paris Saint Germain.

PSG striker Kylian Mbappe helped his side’s supporters forget the absence of Neymar and Angel Di Maria with a hat-trick that leaves Barca needing to score four goals in the return leg to highlight the club’s recent decline.

Barca coach Ronald Koeman took a big risk in bringing Gerard Pique back into his starting 11 after over four months out with a knee injury, while Sergino Dest was also back at right-back after injury.

Barca actually took the lead from the penalty spot on 27 minutes, with Leo Messi slotting home after Frenkie de Jong had his heel clipped in the PSG area and Ousmane Dembele then missed a chance to make it 2-0 for Barca as Keylor Navas made a good save in the 29th minute.

That was as good as it got for Barca as Mbappe equalized three minutes later after taking a pass from Marco Verratti.

Pique and Dest’s lack of match fitness looked to be a factor when Mbappe put his side ahead in the 65th minute as he got in behind the Barca defense to net their second of the game.

Moise Kean netted PSG’s third of the night five minutes later and with Barca thrown into chaos, Mbappe rounded off a perfect counter-attack to add a fourth goal and complete his hat-trick in the 86th minute.

Last season saw Barca humiliated by Bayern Munich 8-2 in the Champions League, although this defeat is not as humiliating, it is not far off and shows the deep problems at the club. 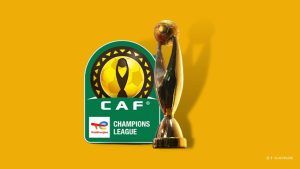